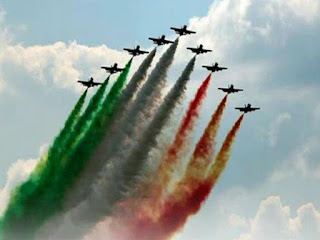 The Indian Air Force (IAF) is celebrating its 85th anniversary on 08th October 2017. The celebrations would be marked by a stellar show in the skies by various aircraft at the Hindon Air Force Station in Ghaziabad. President Ram Nath Kovind has greeted the Indian Air Force on its 85th Anniversary.
Defence Ministry stated that the air display has commenced with flag bearing skydivers of famous AKASH GANGA Team dropping out of AN-32 aircraft in their colourful canopies.
Must Do Takeaways from the Above News:
Source- All India Radio (AIR News)