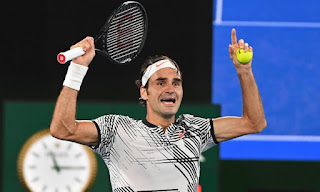 For the first time since 2010, Roger Federer has won the Australian Open, beating long-time rival Rafael Nadal in the finals in Melbourne, Australia on 29th January 2017. Federer won a closely contested five-set showdown, 6-4, 3-6, 6-1, 3-6, 6-3.
For Federer, it’s his fifth Australian Open title and his 18th Grand Slam singles title in total. At 35 years old, it’s the first Grand Slam title for him since he won Wimbledon in 2012, and getting the win over a rival like Nadal is huge.
Source- The Firstpost
×