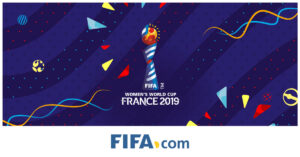 The Championship will be held in nine cities across France. In March 2015, France won the right to host the event, the first time the country will host the tournament, and the third time a European nation will.