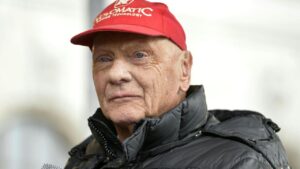 The former Formula One driver and three-time world champion Niki Lauda has passed away at the age of 70. He hailed from Austria. Niki Lauda, who won titles in 1975, 1977 and 1984, was hugely admired, respected and liked within F1.

He won two titles for Ferrari and one for McLaren. He came back from a horrific accident that left him severely burned and injured in 1976. He competed in 171 races and won 25.