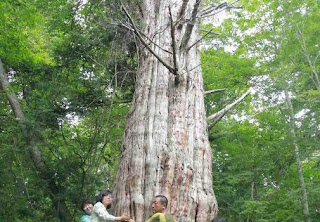 A rare Chinese yew tree, believed to be about 3,000 years old, was discovered in northeast China’s Jilin Province. The living tree is located in Huanggou Forest. It is more than 40 meters tall and has a diameter of 1.68 meters, said Yang Yongsheng, head of the forest administration.
The tree was among more than 30 Chinese yew trees discovered earlier this week in the forest. It is the oldest and the best-preserved Chinese yew in Jilin, according to the provincial forestry department. Called a “living fossil” of the plant world, the Chinese yew has existed for 2.5 million years. Since many of the trees have been harvested to extract taxol, used to treat cancer, the species is now under first-grade national protection for endangered plants.

So let’s do:
1. A rare Chinese yew tree, believed to be about _______ years old, was discovered in northeast China’s Jilin Province.