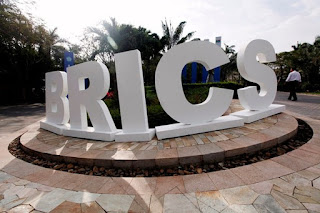 In Andhra Pradesh, the 3rd BRICS Urbanisation Forum Meet begins in the Visakhapatnam today. The meet will be inaugurated by Chief Minister N. Chandrababu Naidu in the presence of Union Minister of Urban Development, M. Venkaiah Naidu.
The delegates from the BRICS nations, Brazil, Russia, India, China and South Africa, will discuss investments, urbanisation, formation of new cities and others during the three-day deliberations.
The conference will also discuss how to increase the productivity, how to make a separate urban finance system and the creation of employment opportunities.

So let’s discuss some questions related to this post:
1. Who is the Chief Minister of Andhra Pradesh?
2. Expand the term BRICS?
3. The 3rd BRICS Urbanisation Forum Meet begins in which city from 14 september?