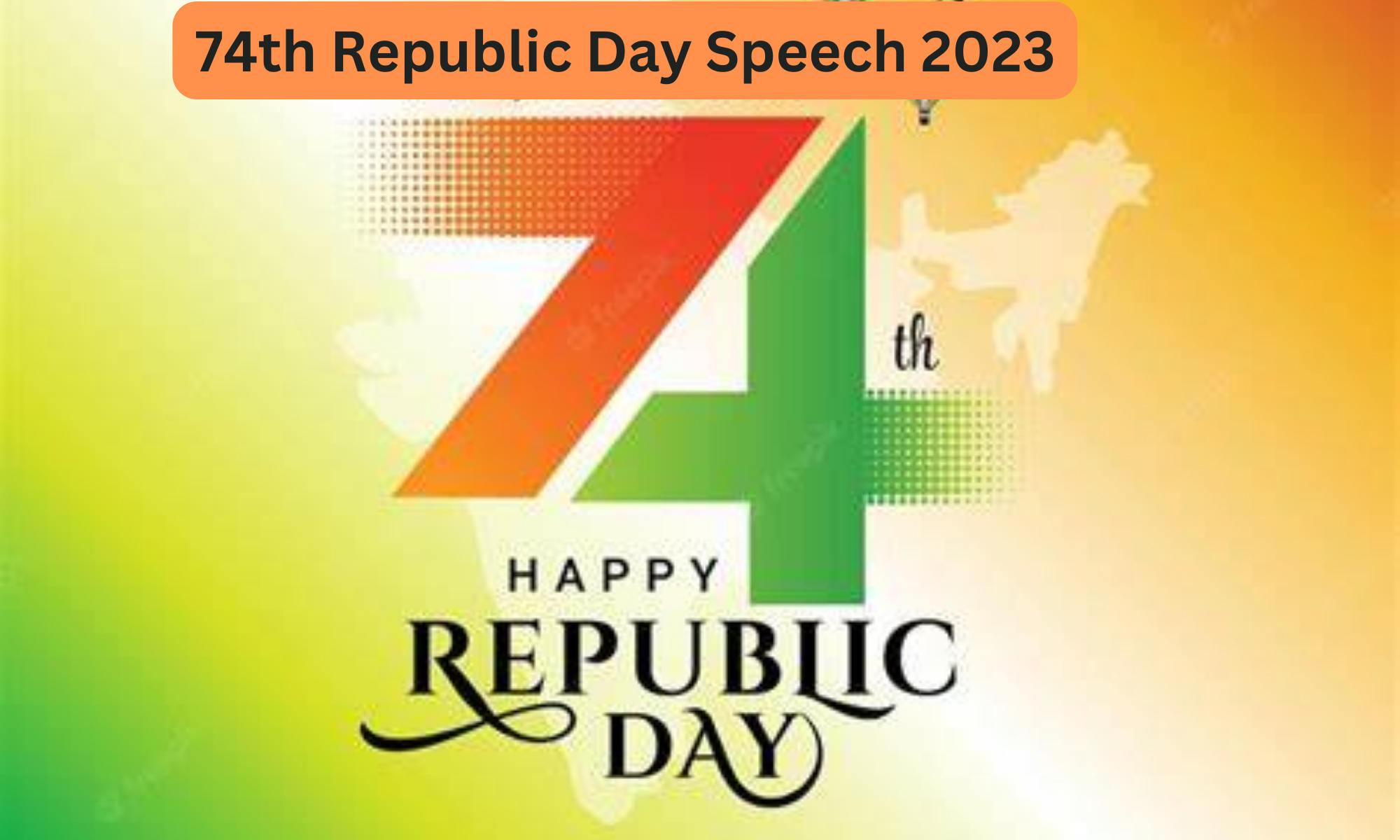 74th Republic Day: This year marks the 74th Republic Day in India. The parade’s head guest on January 26 is Egypt’s President Abdel Fattah El-Sisi. It’s a “wonderful delight to be a guest of honour and participate in India’s glorious national day,” he said after arriving in India on Wednesday. Every year, the parade on Kartavya Path (now called Rajpath) features impressive military and cultural spectacle that showcases India’s military prowess. The Border Security Force’s (BSF) Camel Contingent will march with women riders for the first time on Republic Day in 2023.

On January 26, 2023, India will celebrate its 74th Republic Day. Every school, college, governmental, and private institution in the country celebrates Republic Day, also known as Gantantra Diwas, in remembrance of the Constitution, which came into effect on January 26, 1950.

On January 26, New Delhi, the capital of the country, hosts the largest Gantantra Diwas event along the Rajpath or Kartavya Path. The enormous Republic Day parade, which is held on this day every year, features the Indian Army, Indian Navy, and Indian Air Force.

The entire country will observe Republic Day on January 26, 2023, to remember the day the Indian Constitution came into force following India’s independence. Educational institutions, such as schools, colleges, and universities, will celebrate Republic Day at each of their locations on this day by hoisting the national flag, presenting plays and dance performances, and giving speeches—activities that are not always easy for everyone.

This was a 74th Republic Day speech 2023 in Short Format.

For all Higher Class and College students, the following is a 74th Republic Day Speech in English in Long Format:

Ladies and gentlemen, let me start by wishing you all a very happy Republic Day. Every Indian believes that today is significant. As some of our fellow Indians express concern about losing the fundamental liberties that the constitution has afforded us, this day becomes greater significance. Although we have observed Republic Day as a national holiday since we were very young, we didn’t truly understand its significance until we were older.

Every year, Gantantra Diwas is observed on January 26. On this day in 1950, the Indian Constitution came into effect. Our constitution also gives us a lot of responsibility and rights. In our democratic country, fundamental rights of individuals are maintained. We are all Indians on a bigger scale, despite the fact that caste and religion are just two of the many things that separate us in society. An excellent example of “Unity in Diversity” is India. Our country is special because, despite our various language origins, conflicts, and divides, we all gather together as one on national holidays.

Since we were children, the 26th of January has been a memorable day for everyone of us. It’s possible that many of us remember this day as a festival that was celebrated in schools with performances and other activities. On this particular day, some of us rose early to witness the republic day march. In Delhi, the nation’s capital, the military parade starts at Vijay Chowk and concludes at the Red Fort. The gear and weapons the army parades throughout the event show off the power of our armed forces.

On this day, medals and awards for bravery are bestowed to both members of the armed forces and the general public. The main feature of the bravery awards is the young kids who win prizes from the prime minister for exhibiting the height of bravery. When military helicopters fly by the parade grounds and shower the spectators with rose petals, everyone feels special. The show ends with the playing of the national anthem. Whether you are at home or at the parade, you must stand during the playing of the national anthem to demonstrate respect. It is a day that encourages us to see past distinctions in caste, creed, religion, state, language, and colour and that enables us to feel the same love for our country.

All of this comes from my end. Happy Republic Day and best wishes for a successful year ahead.

Here is a 74th Republic Day speech 2023 for all students in English.