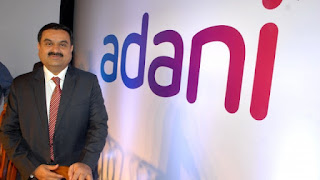 Adani Group is an Indian multinational conglomerate company had got the extension for setting up 540 Mw power plant in Chhattisgarh’s Sarguja region till 2019-20. The 4×135 Mw thermal power project would be based on the coal washery rejects and would come up within the Parsa East and Kete Basan coal blocks, which had been originally allotted to Rajasthan Rajya Vidyut Utpadan Nigam Ltd (RRVUNL). Adani Mines had been assigned the work of Mining, Development and Operation (MDO) of coal block.

As per the Environment Clearance (EC) guidelines, the company was supposed to commission the power plant by April 2015 — within two years of starting the coal production in April 2013. Citing delays due to legal interventions, the RRVUNL requested for amendment in the EC that was finally considered.

So let’s do:
1. Name the company, which had got the extension for setting up 540 Mw power plant in Chhattisgarh’s Sarguja region till 2019-20?