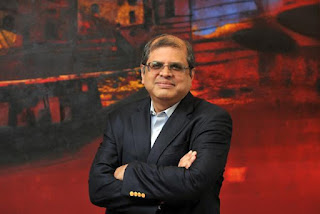 Tata Sons, the holding company of the Tata Group of companies, has appointed private equity firm Bain Capital’s Managing Director Amit Chandra as the non-executive director.
Chandra is a trustee on several Tata Trusts and is a director of Genpact, L&T Finance, Tata Investment Corporation, Emcure Pharmaceuticals, Akanksha Foundation and GiveIndia. Earlier this year, he was named in the Forbes ‘Asia’s Heroes of Philanthropy’ list. Amit Chandra had joined Bain Capital as Managing Director in early 2008 and is part of the firm’s leadership team in Asia. Prior to joining Bain Capital, Chandra spent most of his professional career at DSP Merrill Lynch and retired as its board member and Managing Director in 2007.
So let’s do:
1. Name the person, who has appointed as non-Executive director of Tata sons?
2. Who is the CEO of Tata group?