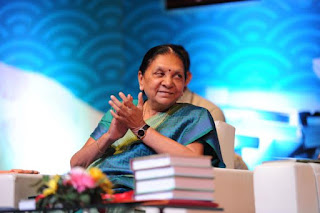 Gujarat CM Anandiben Patel today submitted her resignation. The resignation comes in the wake of extensive Patidar and Dalit protests in the state.

The state has been facing extensive Dalit protests after four Dalit youths were brutally beaten for skinning a dead cow. Another Dalit youth committed suicide on Sunday after consuming poison to protest the Una beatings. At least 18 Dalit youth have attempted suicide in the state following the attacks. Anandiben Patel (born 21 November 1941) is an Indian politician and the incumbent Chief Minister of Gujarat, a western state of India. She is the first woman Chief Minister of the state.

So let’s do:
1. Name the person, who has submitted his resignation as chief minister of Gujarat?