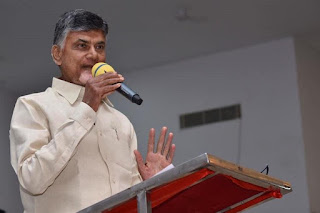 Andhra Pradesh Chief Minister N Chandrababu Naidu stated that the state was now Open Defecation Free (ODF) as it had achieved its goal of constructing 2.77 lakh individual toilets. Naidu who was traveling through Chittoor district unveiled a plaque in Tirupati to honour the achievement.
AP has completed the task of constructing toilets but they have to be used by every individual. For that, the administration has to take up some awareness programmes. In October 2016, all of Andhra Pradesh’s urban areas were declared as open defecation free on the occasion of MK Gandhi’s birth anniversary.

Read this news in Hindi
×