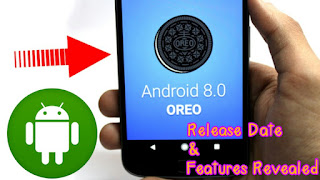 Keeping up its tradition of naming its Android upgrades with delectable desserts, Google has launched its version 8.0 of the operating system as Android Oreo.
The Oreo boasts of a two times faster boot speed, autofill option, and a longer battery life. The new update comes with a Picture-in-Picture feature that allows the user to see two apps simultaneously.
Source- The Hindu