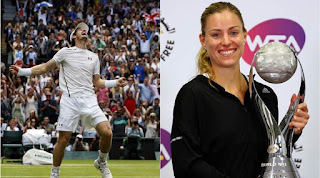 So, let’s discuss some questions related to this post:

Q1. Who have won the 2016 ITF players of the year?
Answer: Briton Andy Murray and Germany’s Angelique Kerber