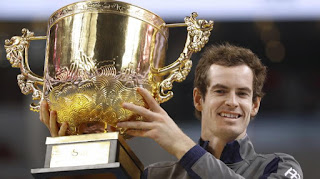 Q1. Famous tennis player Andy Murray belongs to which country?
Q2. Who has won the China Open 2016?
Q3. Grigor Dimitrov is associated to which sport?