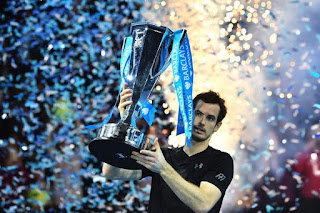 Britain’s Andy Murray clinched the 2016 ATP World Tour Finals title, after defeating Serbia’s Novak Djokovic 6-3, 6-4 in the final in London on 20th November. With the win, Murray ended the 2016 season as the world number 1. It was for the first time in the history of the 46-year-old tournament that the title match decided the year-end World number one.
So, let’s discuss some questions related to this post:
Q1. Who has won the 2016 ATP World Tour Finals title?
Source – The Hindu