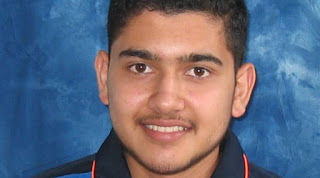 Haryana’s Anish Bhanwala gave a robust start for the Indian challenge by clinching the 25-metre standard pistol gold with a world junior record in the Junior World Shooting Championship in Suhl, Germany. The 14-year-old Anish shot 579 to win the gold seven points ahead of Florian Peter of Germany. In the process, Anish also bettered the junior world record of 574 set by Denis Koulakov of Russia in Lahti, Finland, in 2002.
Interestingly, Anish has pistol prodigy Jaspal Rana as the national coach of the junior squad, who had made his initial impact on the world stage with the standard pistol gold in Milan, Italy, in 1994. Jaspal went on to win the Asian Games gold in centre fire pistol the same year in Hiroshima.
Source- The Indian Express