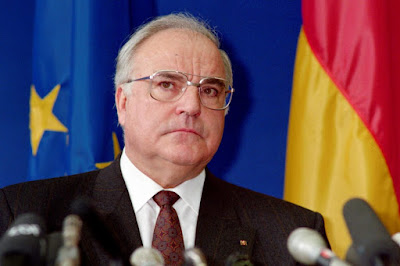 Former German Chancellor, Helmut Kohl, died at his house in Ludwigshafen, in the western state of Germany. He was 87.  Mr. Kohl, who led the centre-right Christian Democrats, was the longest-serving German chancellor of the 20th Century. As Germany’s leader for 16 years, Kohl was remembered for reuniting the country and for making a huge political and economic contribution to Europe’s integration.
Kohl was credited with bringing East and West Germany together after the fall of the Berlin Wall. Together with his French ally President Francois Mitterrand, he was responsible for the introduction of the Euro.