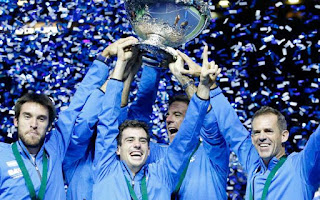 Argentina defeated Croatia to win their first ever maiden Davis Cup tennis title in Zagreb, Croatia on November 28, 2016. Del Potro and Federico Delbonis are played a remarkable play to win the title. Argentina had lost in the final of the tournament four times earlier while Croatia won the title in 2005.

So, let’s discuss some questions related to this post:
Q1. Who has won the Davis cup 2016?
Answer: Argentina
Source – Business Standard