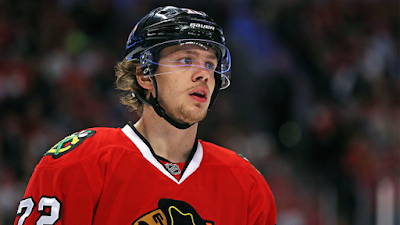 Russian hockey winger Artemi Panarin, playing for the Chicago Blackhawks, won the 2015-2016 Calder Memorial Trophy. The announcement was made by the US National Hockey League (NHL). In the selection process, Panarin received votes on all 150 ballots and was the top choice on 88 for 1258 voting points. He was followed by Shayne Gostisbehere of the Philadelphia Flyers (955) and Connor McDavid of the Edmonton Oilers (858). The Calder Memorial Trophy is an annual award given to the player selected as the most proficient in his first year of competition in the National Hockey League.

Panarin, 24, surpassed all rookies in goals 30, assists 47, points 77, power-play goals 8, power-play points 24 and game-winning goals 7 in 80 games in 2015-16. With this, he also became the fourth rookie in franchise history to reach the 30-goal milestone and the first to do so since 1995-96 (Eric Daze). This score also included his first career hjat-trick in February, which was the first by any Blackhawks rookie since 2002-03, when the fete was achieved by Tyler Arnason.