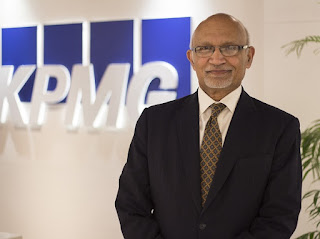 KPMG India board has elected Arun M Kumar as chairman and CEO to lead the India operations of the consulting and accounting major. He succeeds Richard Rekhy, who stepped down in November last year following a large-scale exodus of key people from the advisory team.
Earlier in January 2016, Rekhy had been re-elected for a four-year term. Kumar, who spent the majority of his career with KPMG in the US, will take charge from 05th February 2017 for a five-year term.
Source- The Hindu Business Line