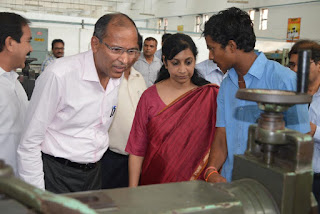 The newly formed ministry of electronics and IT (MEIT) has got a new Secretary. In a swap, Kerala cadre IAS officer Aruna Sundarajan has been appointed Secretary of the ministry while the current Secretary Aruna Sharma has been moved to the ministry of Steel. Sharma’s deployment comes barely six months after she was given charge of the ministry.
The department which has been recently broken away from the ministry of communications and IT and has been designated as an independent ministry handles some marque projects of the Narendra Modi government including Digital India and Aadhaar and plays a key role in others such as Make in India with its push on electronics manufacturing.