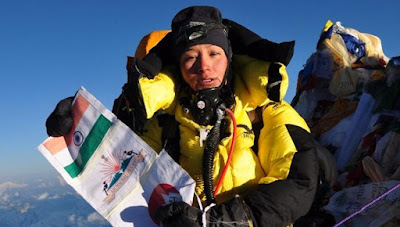 Arunachal Pradesh mountaineer Anshu Jamsenpa has become the world’s first woman to scale Mt Everest twice in five days. Her ascent of the world’s tallest peak in the Himalayas at 7.45 am on 21st May 2017 was her fifth overall and the second after 16th May 2017.

The 32-year-old mother of two had started her fifth ascent on May 19, climbing almost non-stop from Everest Base Camp at 17,500ft till 10 pm.