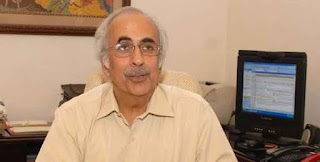 The Energy and Resources Institute (Teri) has officially appointed former Finance Secretary Ashok Chawla as the new Chancellor of Teri university. With this, Teri ended its last association with former Chancellor and Head R.K. Pachauri, who was accused of sexually harassing a female colleague in 2015.
Pachauri stepped down as chairperson of the UN Intergovernmental Panel on Climate Change in February 2015 and proceeded on leave from Teri, where he was the director general. The Energy and Resources Institute is a research institute based in New Delhi that conducts research work in the fields of energy, environment and sustainable development.

So let’s do:
1. Name the person, who was appointed as new Chancellor at Teri university?