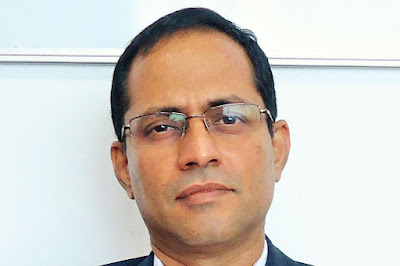 Telecom major Bharti Airtel has announced the appointment of Ashok Ganapathy as director Airtel Business. He will take over from Manish Prakash, who is moving into a new role as director Strategic Alliances.
In this new role, Ashok will be responsible for driving the growth of Airtel’s B2B portfolio that serves top corporations, government entities and other corporates with end-to-end solutions.

Ganapathy joined Airtel in 2013 as the Hub CEO for Mumbai, Maharashtra, Goa & Gujarat circles. Ganapathy has an experience of 26 years in Fast-moving consumer goods (FMCG), entertainment, retail and telecom sectors.  He started his career with Hindustan Unilever in 1990 as a management trainee. He has a B. Tech degree from IIT, Madras and MBA from IIM, Ahmedabad.

So let’s do:
1. Who is appointed as Director of Airtel Business?