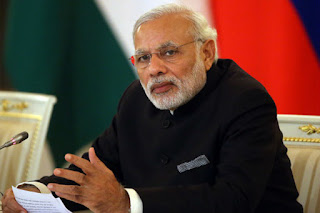 Senior IPS officer Ashok Patnaik was appointed CEO of the National Intelligence Grid (NATGRID), One of the most ambitious intelligence projects that failed to take off during United Progressive Alliance (UPA) rule. Patnaik is currently serving as Additional Director in the Intelligence Bureau and he will continue to hold this post till his superannuation in 2018.
The NATGRID is a centralised agency which stores sensitive personal information on citizens from almost two dozen agencies to be made available for counter-terror investigations.There are around 70 personnel, drawn from both the government and private sectors, in the NATGRID.

So let’s do:
1. Name the person, who was appointed as  new National Intelligence Grid chief?