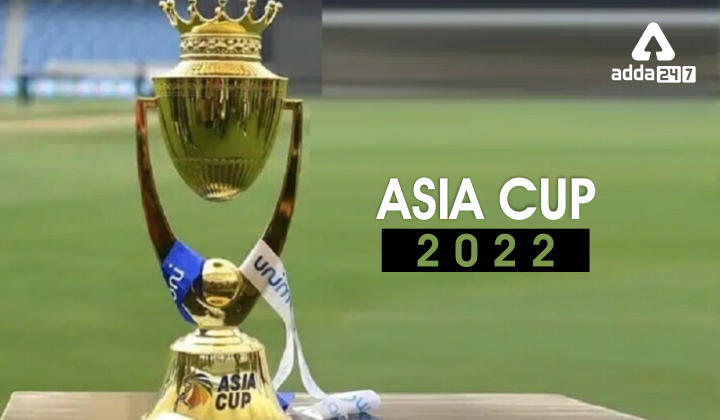 Asia Cup 2022 is the 15th edition of the Asia Cup Cricket Tournament. The Asia Cup 2022 is going to be held in Sri Lanka between August and September. The matches played in this tournament are Twenty20 Internationals (T20Is). Originally, the Asia Cup was scheduled to be held in September 2022. The tournament was postponed in July 2020 due to the Covid-19 pandemic. In 2021, the Asia Cup was rescheduled which was going to take place in Sri Lanka, but it got postponed again before it started. The 2022 edition of the Asia Cup was scheduled to be hosted by Pakistan after retaining the rights to host the 2022 edition. However, in 2021, October, the Asian Cricket Council (ACC) announced that Sri Lanka will host the 2022 Asia Cup and Pakistan will host the 2023 edition.

The Asian Cricket Council Cup is a men’s one-day international and Twenty20 International cricket tournament. The Asian Cricket Council was founded as a measure to promote goodwill between Asian countries and was established in 1983. The first Asia Cup was held in 1984 in Sharjah, United Arab Emirates. In 1976, India boycotted the tournament due to strained cricketing relations with Sri Lanka. From 1990-91, Pakistan boycotted Asia Cup due to strained political relations with India and in 1993, the Asia Cup was canceled due to the same reason. The ICC after observing the downsizing in the tournament announced that the Asia Cup would be played on a rotation basis between One Day International (ODI) and Twenty20 International format. India is the most successful team in the tournament with six ODI and one T20. Sri Lanka is the second most successful team in the tournament and has played the most Asia cups, followed by India, Pakistan, and Bangladesh.

India is likely to play against Pakistan on 28th August 2022. This will be the first time the two opposing teams will play against each other after the 2021 T20 World Cup in UAE. In World Cup 2021, Pakistan defeated India by 10 wickets.