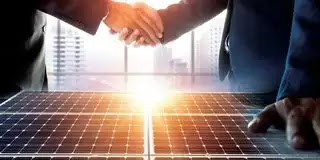 The Asian Development Bank (ADB) and the International Solar Alliance (ISA) has signed a cooperation arrangement to promote solar energy deployment in Asia and the Pacific.
The cooperation envisages solar power generation, solar based mini-grids, and transmission systems for integrating solar energy into grids, among others.