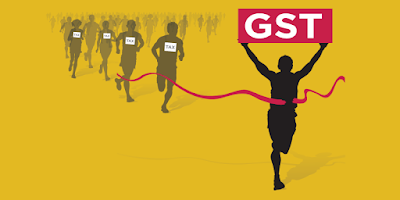 Assam has become the first state to ratify the Goods and Services Tax (GST) constitution amendment Bill. At least 50 % of the states have to pass what is technically the Constitution (One Hundred and Twenty-Second Amendment) Bill, 2014, for the next steps of legislative action to follow, to ultimately introduce pan-India Goods and Services Tax regime.
GST is a tax levied when a consumer buys a good or service. It is meant to be a single, comprehensive tax that will subsume all the other smaller indirect taxes on consumption like service tax, excise duty etc. This is how it is done in most developed countries. It will be a comprehensive nationwide indirect tax on the manufacture, sale, and consumption of goods and services. The aim is to have one indirect tax for the whole nation, which will make India a unified common market.

So let’s do:
1. Name the state, which has become the first state to ratify the Goods and Services Tax (GST) constitution amendment Bill?