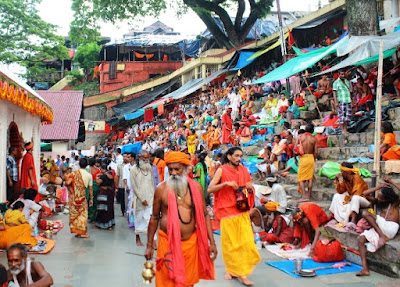 For the development of Kamakhya temple’s infrastructure, Union petroleum minister Dharmendra Pradhan  announced an aid of Rs 25 crore over the next couple of years. Pradhan, who was in Guwahati to attend a series of meetings and road show made the announcement at the end of the historic Ambubachi Mela.
Ambubachi is the celebration of goddess Kamakhya’s annual menstruation cycle, considered as a symbol of fertility by the Hindus. The temple’s sanctum sanctorum is closed to devotees during the period which marks the time of the fair.. Kamakhya temple atop Nilachal Hills reopened its doors. During the festival, lakhs of devotees, including politicians made their way to the temple to have a glimpse of the Goddess. According to official sources, the Ambubachi mela drew more than 25 lakh pilgrims this time around,

So let’s do:
1. Name the famous temple, which has  received an aid Rs. 25 crore for infrastructure and development?