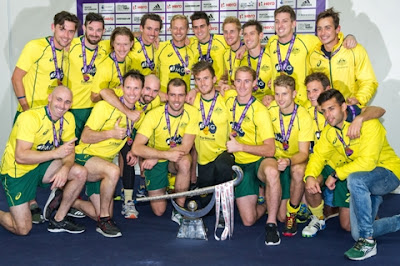 Australia beat India 3-1 in the final of Champions Trophy Hockey tournament in London. India settled for silver after losing to Australia in penalty shootout. Both the teams failed to score a goal even after getting several penalty corners during regulation period and the match went into the shootout to decide the winner.

The game finished with the score locked at 0-0 but later Australia scored a goal in the shoot-out reducing the score to 1-0 and won the final match to win the Gold medal. Australia’s Blake Govers missed a penalty stroke, while India was dominant in the third and fourth quarter before losing the shoot-out. With this victory, Australia claimed the Champions Trophy title for the 14th time.Germany defeated Great Britain to win the bronze medal.
So let’s do:
1. Name the team, Who has won the Hero Hockey Champions Trophy 2016?
Source – The Hindu