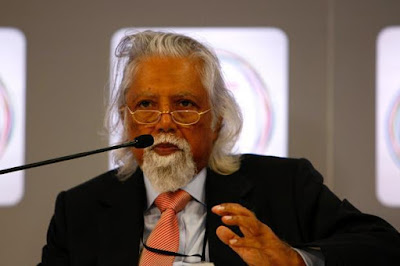 Aveek Sarkar is an Indian newspaper promoter and proprietor has resigned as the Editor-in-Chief of Ananda Bazaar Patrika (ABP) and The Telegraph. However, he would continue as the chairman of the group. He is succeeded by Arup Sarkar. Moreover, Anirban Bhattacharya was appointed as the Editor of the Ananda Bazaar Patrika and R Rajagopalan was named as the Editor of The Telegraph. Aveek Sarkar will now play an advisory role as Editor (Emeritus) and Vice Chairman of the company.

Aveek Sarkar, one of the most prominent personalities in the Indian publishing scene, was tutored by the legendary Harold Evans, then the editor of The Sunday Times. Aveek Sarkar assumed the post of Editor of the Ananda Bazar Patrika in 1983 after death of his father Ashok Sarkar. He was the moving force behind the transformation of the ABP Group from a regional house into a prominent national group and also led the group’s entry into television. He played vital roles during the formation of Penguin India, the Indian counterpart of Penguin Books and during the acquisition of STAR News in 2003.

So let’s do:
1.  Name the person, who has resigned as the Editor-in-Chief of Ananda Bazaar Patrika (ABP)?