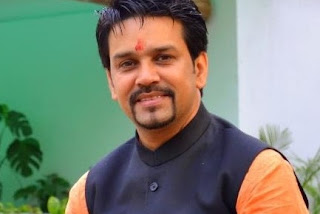 Anurag Thakur, BJP MP and BCCI President, is set for a new innings as an officer of the Territorial Army. 41-year-old Thakur will be commissioned into the Territorial Army (TA) as a regular officer on 29 July to become the first serving BJP Member of Parliament to join the military force.

Thakur made it to the TA after clearing an exam and a personal interview conducted in Chandigarh and training held in Bhopal. As a regular officer, the Lok Sabha member from Hamirpur in Himachal Pradesh will have to undergo a mandatory training. The Territorial Army, the second line of defence after the regular army, is composed of volunteers who receive military training for about a month in a year so that in case of an emergency they can be mobilised for the defence of the country.

So let’s do:
1. Name the person, who is going to join Territorial Army (TA) as a regular officer 29 July ?