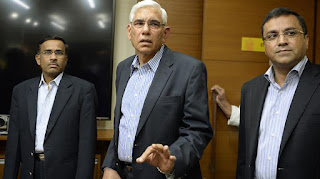 Despite the change of guard at the Board of Control for Cricket in India (BCCI), the Indian board continued to oppose the International Cricket Council’s (ICC) new changes to the financial model and governance structure on 04th February 2017.
The changes that the BCCI, represented by Vikram Limaye, a member of the new Committee of Administrators, is currently opposing are amongst the same changes that were recommended in 2014 with respect to a larger share of ICC’s revenue to be given to India.
Source- The Times of India