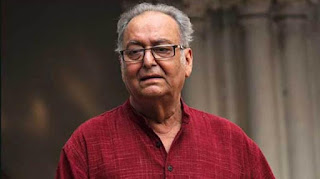 Thespian Bengali actor, Soumitra Chatterjee has been conferred with the France’s highest civilian honour, the coveted Legion of Honour. The award will be presented to the Kolkata-based actor by the Ambassador of France to India Alexandre Ziegler. The award comes with the octogenarian Bengali screen legend exactly 30 years after Satyajit Ray got the honour by the then French President Francois Mitterrand in 1987.
Dadasaheb Phalke award winner, Chatterjee featured in some of Ray’s most talked about movies such as Apur Sansar, on one of the famous Apu trilogy, Charulata, Aranyer Din Ratri and Sonar Kella.
Static Takeaways from above News-
Source- AIR News