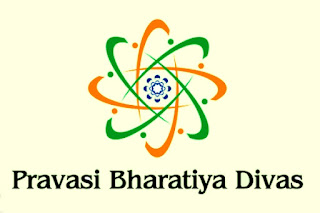 The IT-BT capital of the country, Bengaluru, will host the 2017 Bharatiya Pravasi Divas. Scheduled to take place on February 7, 8 and 9 of 2017, the Ministry of External Affairs held a meeting with Tourism Minister R V Deshpande for a preliminary round of talks.
The event will also see 400 students from across the world participating in the event on a preliminary day, and interact with the Union Minister for External Affairs Sushma Swaraj. Pravasi Divas 2017 will also see awards being given to 30 distinguished NRIs who have contributed to the growth of the country. This will be the 15th Bharatiya Pravasi Divas, meant to interact with representatives of the 30 million NRIs and PIOs around the world.

So let’s do:
1. Name the city, which will host the 2017 Bharatiya Pravasi Divas?