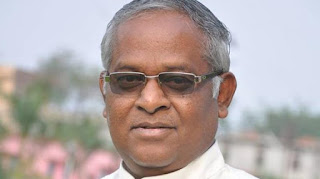 Bharatiya Janata Party (BJP) MLA from Nepanagar, Rajendra Dadu, was killed in an accident on the Indore-Bhopal road between Ashta and Sehore towns. Three others were injured.
The BJP legislator was coming to Bhopal to attend a party meeting at the Chief Minister Shivraj Singh Chouhan’s residence ahead of the June 11 Rajya Sabha election. His car overturned and he died on the spot, a police officer. Sehore collector and the superintendent of police reached the spot after getting information about the incident. Dadu had won from Nepanagar (ST) seat for a second time.

So let’s do:
1. Name the BJP MLA, Who was killed in an accident?