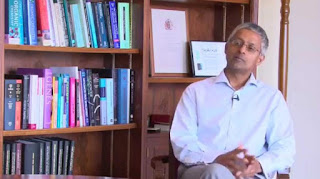 Shankar Balasubramanian, an Indian- origin British professor of chemistry and DNA expert at Cambridge University, has received a Knighthood along with Olympic stars Andy Murray and Mo Farah among others by Queen Elizabeth II for their contributions.
Balasubramanian, 50, Herchel Smith Professor of Medicinal Chemistry at Cambridge University, has been recognised for his work as a co-inventor of Next Generation DNA sequencing, described as the most transformational advance in biology and medicine for decades.
Source- The Times of India