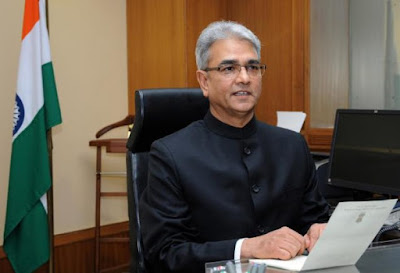 The Comptroller and Auditor General (CAG) of India Shashi Kant Sharmahas been conferred with the honorary professorship by the Nanjing Audit University (NAU), China. China’s Nanjing Audit University is the only university which is recognized by the Institute of Internal Auditors.
Shashi Kant Sharmahas is a 1976 batch Indian Administrative Service (IAS) officer of the Bihar cadre. He had succeeded Vinod Rai as the CAG, supreme federal auditor of the country in May 2013 Prior to appointment as CAG he had served as secretary in the Union Ministry of Defence. In July 2014 he had assumed office as Member of the United Nations Board of Auditor General (UNBAG) for a term of 6 years.

So let’s do:
1. Name the person, who has get honorary professorship in China?
2. Who is the Comptroller and Auditor General (CAG) of India?