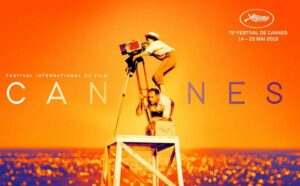 One of the most prestigious international events from the world of cinema, the Cannes Film Festival has begun in France. Information and Broadcasting Secretary Amit Khare is leading the Indian delegation at Cannes and will inaugurate India Pavilion.

The Pavilion will showcase Indian cinema across linguistic, cultural and regional diversity, with the aim of forging international partnerships in distribution, production, filming in India. Indian Delegation will also release a special poster to mark the golden jubilee of International Film Festival of India (IFFI-2019).