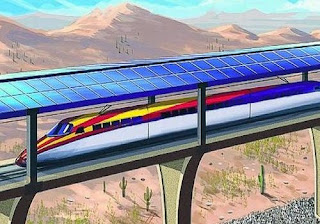 The Railway buildings and stations are all set to function using solar power to reduce dependence on fossil fuels, announced the Ministry of Railways. The Ministry has planned to harness 1000 MW of solar power through developer mode through land-based plants across the country.
The Government also proposed to implement utility-scale Solar Photovoltaic Power Plant projects at various major ports across the country. The Minister of State for Shipping, Radhakrishnan announced that the funds for the establishment of solar power projects are arranged by the major ports from their own resources and no funds have been released from the Ministry. The objectives include part of the Green Port Initiative, contributing to the reduction in carbon emissions and consequently improving the environment, Reduction of cost of power purchased from grid by utilization of solar power for power generation and meeting with Renewable Purchase Obligation (RPO) as mandated by State Governments.