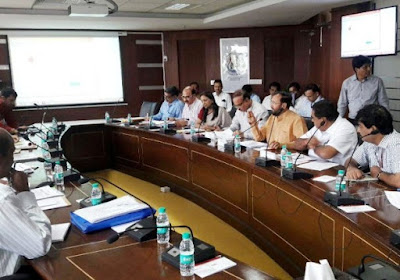 For the conservation and preservation of lakes in Bengaluru, the Government has approved a series of measures for the abatement of pollution. The decision was taken at a meeting jointly chaired by Union Minister of Chemicals & Fertilizers, Ananth Kumar and Minister of State for Environment, Forest & Climate Change, Prakash Javadekar.

According to Prakash Javadekar, that it has been decided to initiate 24×7 online monitoring of all Sewage Treatment Plants (STPs), as well as lake water quality to be by concerned authorities in Bengaluru. The corporate sector is also being involved in the effort to conserve and preserve the lakes in Bengaluru and the progress will be monitored every six months.
So let’s do:
1. Who is the Union Minister of Chemicals & Fertilizers?
2. Name the ministers, who have approved a series of measures for the abatement of pollution?