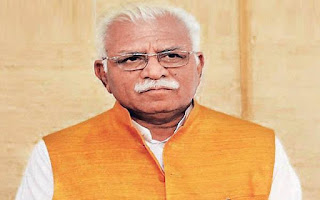 CM Manohar Lal Khattar has announced Charkhi Dadri as 22nd district of Haryana. He fulfilled the two-decade-old demand of residents at the “vikas rally” at the new grain market.
At present, Charkhi Dadri is part of Bhiwani, the state’s largest district carved out on December 22, 1972. Charkhi Dadri is a district in the state of Haryana, India. The town/district was made by joining the villages of Charkhi and Dadri after urban development.

So let’s discuss some questions related to this post:
1. CM Manohar Lal Khattar has announced which city as 22nd district of Haryana?
2. Who is the Chief Minister Haryana?