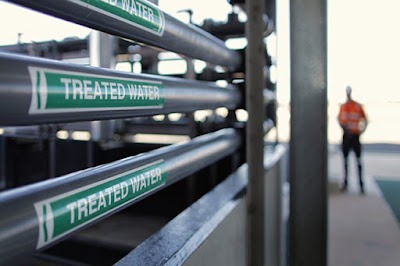 MIT scientists have developed an inexpensive, solar-powered water treatment system for Indian villages. They have designed, built and tested the prototype system to be installed in a village outside of Hyderabad.
They found that thousands of people in the Mhasawad village in Maharashtra regularly drink water with a salinity level above 1,200 parts per million (ppm). The World Health Organisation (WHO) recommends levels under 600 ppm. In order to design a water treatment system that was affordable and would actually work in the context of rural Indian villages, assistant professor Amos Winter, and PhD candidate Natasha Wright visited the village and talked to the residents.

So let’s do:
1. Name the University, which has developed an inexpensive, solar-powered water treatment system for Indian villages?