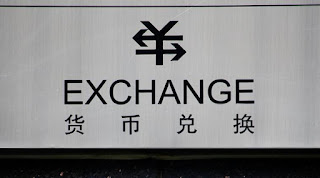 China’s Central Bank says, the country’s foreign currency reserves shrank last year, marking large annual losses for the 2nd year in a row. Officials at the People’s Bank of China said that foreign reserves stood at over three trillion dollars as of the end of December 2016. For the year as a whole, China’s foreign exchange reserve fell nearly 320 billion dollars from a year earlier, following a drop of more than 512 billion dollars in 2015.
Chinese firms and individuals concerned about the country’s economic outlook have positive expectations for US President-elect Donald Trump’s economic policies. They have been selling the yuan against the dollar to purchase businesses and properties overseas.The Chinese currency fell about 7 percent against the dollar in 2016.