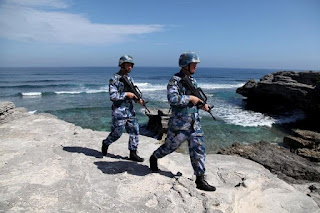 So let’s do:
1. Name the country, which has Conducts Combat Drill in the South China Sea?