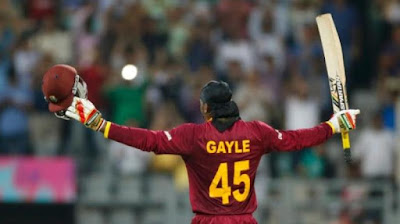 Explosive West Indies opener Chris Gayle has launched his autobiography ‘Six Machine, which contains extensive details about his life and career. Published by Viking – Penguin UK, the book was unveiled by Anurag Singh Thakur, President of the BCCI at a gala event in Delhi, which was organised by Dunamis Sportainment in association with Penguin India.
Christopher Henry “Chris” Gayle is a Jamaican cricketer who plays international cricket for the West Indies. Considered one of the most powerful batsmen in limited-overs cricket, Gayle has set numerous records in all formats of the game.

So let’s discuss some questions related to this post:
1. Namen the West Indies cricketer, who has launched his autobiography ‘Six Machine, which contains extensive details about his life and career?