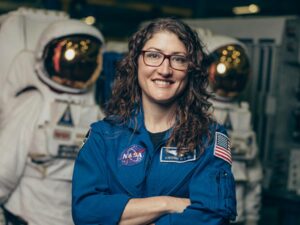 NASA astronaut Christina Koch is going to have her mission on the International Space Station (ISS) extended to 328 days, which would set a record for the longest single spaceflight by a woman.

Koch, who arrived at the space station on March 14 is scheduled to remain in orbit until February 2020, will eclipse the record of 288 days set by former NASA astronaut Peggy Whitson in 2016-17.