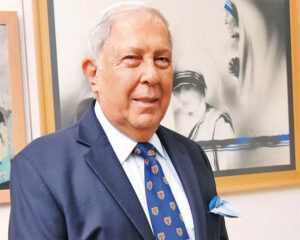 Prominent scientist and businessman Yusuf Hamied is among a host of Indian-origin experts honoured in the 2019 list of new fellows of the UK’s Royal Society.

The 82-year-old chairman of pharmaceutical major Cipla has been made an Honorary Fellow of the prestigious body, comprising of many of the world’s most eminent scientists.