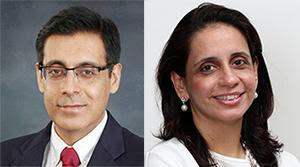 Indian’s multinational pharmaceutical company Cipla Limited has appointed Umang Vohra as the managing director (MD) & global chief executive officer (CEO) of the company effective September 1, 2016. The current incumbent, Subhanu Saxena will step down from his position on August 31, 2016 to attend to emergent family priorities.
The company also announced that Samina Vaziralli, Executive Director (ED) and the global head – strategy, M&A and Cipla New Ventures, will be the executive vice-chairman of Cipla effective September 1, 2016. She will move on from her current responsibilities to focus on board and governance issues, in addition to growing Cipla’s strategic priorities through key global partnerships, corporate brand building and public advocacy.
So let’s do:
1. Name the person, who has appointed as MD & Global CEO of Cipla?