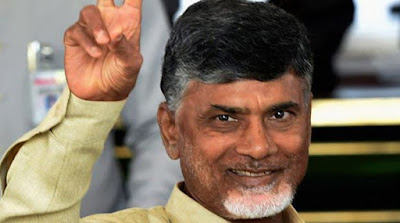 Chief Minister N Chandrababu Naidu has launched ‘Mission Harita Andhra Pradesh’, with the theme ‘green cover for a happy living’, by planting saplings at Sunkollu village under Nuzividu mandal in Krishna district.
Interestingly, Harita Andhra Pradesh was a pet project of late chief minister Y S Rajasekhara Reddy but Chandrababu has now made it a ‘mission’ with a new slogan Vanam-Manam (forest and we). The objective of the mission is to increase the green cover in the state to 50 per cent by the year 2029.  Andhra currently has 23 per cent green cover (forest area) and another 3 per cent non-forest, besides 13 lakh hectares of degraded forest.